Peace begins in the heart and mind of each individual. As war begins with thoughts of war, peace begins with thoughts of peace. The Peace Pole reminds us to keep peace ever-present in our thoughts. As we learn to honor one another, our environment, plants, animals and all creation on Earth, the vision of global peace will gradually become a natural way of life, a true Culture of Peace. - from "The Peace Pole Project" brochure

On October 24th, 2003, United Nations Day, we dedicated Lake Country School as a peace site and planted a peace pole in our front play yard. It was a great moment in which the beloved community, children and adults, affirmed in words, in song, and in action one of our core values: we are a peaceful community, peace-full, full of peace.

Becoming a peace site and thus publicly declaring ourselves to be peacemakers does not mean that we are without conflict or differences. It means that we trust the capacity of every human person to become skilled in the peaceful resolution of conflict. Declaring our school a peace site is another step in giving children the language for making peace, the expectation of making peace, and the practice of making peace. When we give children the language and the experience of peaceful resolution, they can become skilled as peacemakers.

The children entered the gym in pairs, EII students hand in hand with Children's House students, Junior High students with EI students, as an eight-student string quartet played "Wouldn't it be a goodly thing if the children of the earth could live together in peace?" We sang the round together when everybody was seated.

Each child had brought a special stone to add to our peace pole monument. As I spoke of true peace as the ability to live well together, the ability to cherish and appreciate other people, and the recognition of our connection with everything in the universe, the stones banged on the floor. As I told the children that we as peacemakers want peace and happiness for every person in the world and that we each have an important role to play in creating peace between people and between countries, the stones clattered. I said that we were linking hands with all the people in the world, children, teachers, parents, friends, people around the world who have declared their school, temple, mosque, church, neighborhood or town a peace site, and the stones rolled across the hard floor. The clanging, banging, and rolling was distracting. I asked the children to put their stones in their pockets until it was time to go outside and place them around the peace pole.

But I also found myself thinking of each child's hand around a smooth stone, a piece of earth, that they had brought to school that day. I had my own stone so I knew how cool and smooth it felt in my hand, how satisfying it was to hold it while I listened to the elementary choir sing "Winds of Peace," how good it felt in my palm as Lynn Elling, the creator of the concept of Peace Sites, spoke about what had inspired him to make this notion of creating peace sites around the world a reality. The words were important and perhaps even inspiring, but there was something in that stone in the hand that held the children more powerfully than the words. Their stone was a physical connection to something bigger and more powerful; their stone was created thousands of years ago; their stone is one of the true miracles on the planet and they had brought it to school as evidence of their trusting hearts and their real belief in the possibility of peace. It was hard to hear with the continual clatter of stones on the gym floor, but it also touched me because it was the sound of each child grasping the physical possibility of peace.

We did go outside finally, led by a peacemaker from each class bearing one of 13 giant peace cranes that children in Class F had made. We all gathered around the peace pole that proclaimed "May Peace Prevail on Earth" in 12 languages: Arabic, Chinese, Dakota, English, Hebrew, Hindi, French, Russian, Spanish, Tigrinia, Vietnamese, and Wolof. We sang "If I Had a Hammer" and then each child laid a precious stone at the base of the peace pole and walked back into school with their mentor or mentee. It was just right. 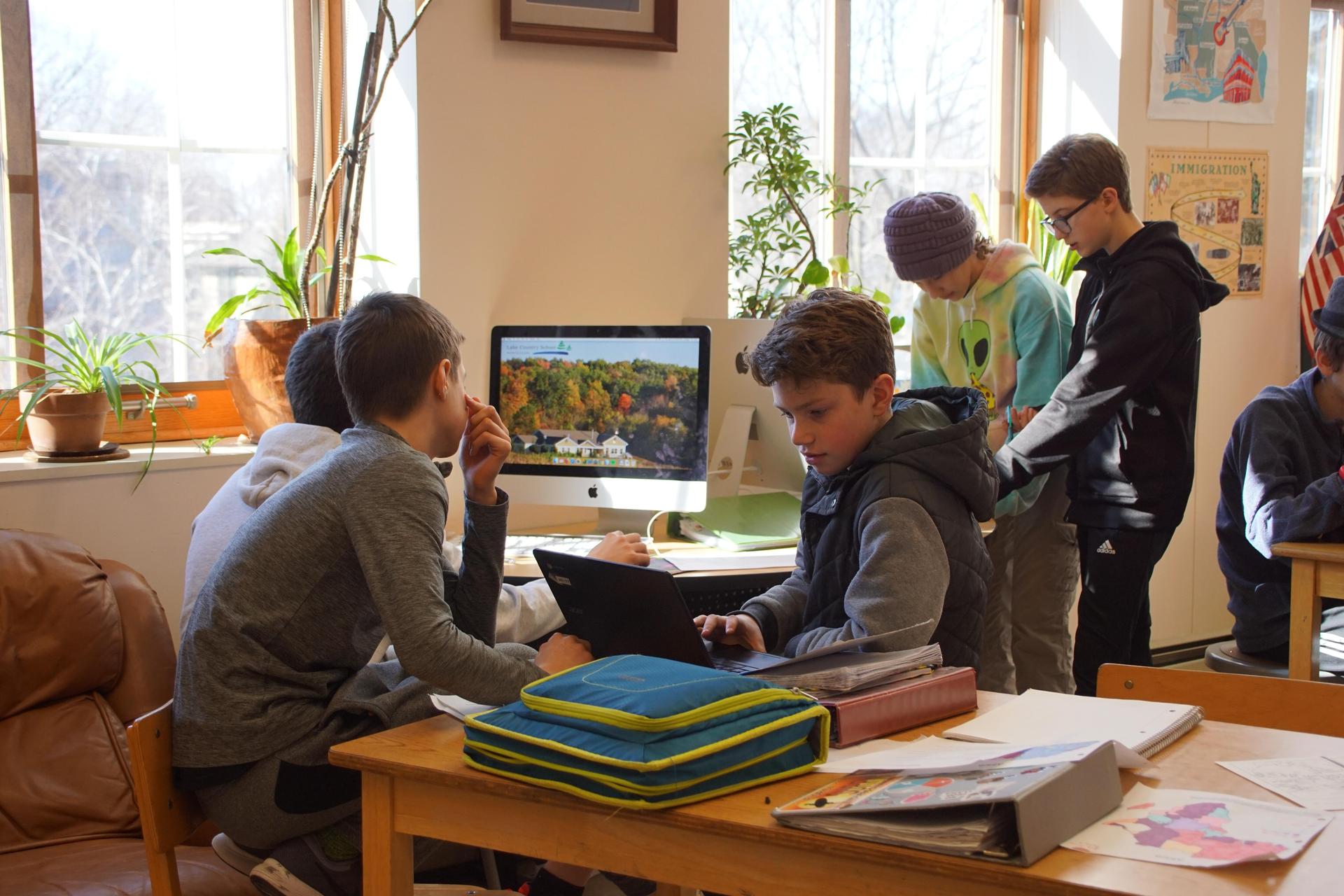